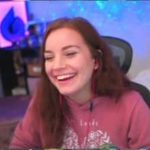 She has a dog named Duke.

Prior to streaming, Gingy attended military academy, where she obtained the rank of ‘Private.’

She made he first attempt at streaming with <em>Destiny </em>in May 2017, but after a few random bursts, she stopped in November that year, and only returned with <em>COD: Black Ops 4 </em>a year later. It was only in June 2019 that she began grinding <em>Fortnite </em>almost daily as Gingerwolf.  However, her enthusiasm petered out and she started a second Twitch channel for <em>Minecraft </em>called ‘GingerSnaps’ in late 2019. But that did not work out.

She then made her second real attempt on her first channel by renaming it ‘Gingerliness’ when she began playing <em>Escape from Tarkov</em> on March 12th, 2020. This time, her hard worked paid off and her channel grew quickly enough that she received Twitch partnership in August that year. She often streams with other big streams including DrLupo, AnneMunition, and Sigma, among others.

She joined Evasion in February 2022.

According to Gingy’s Twitch overlay, she has around 1,930 subscribers and generally attracts over 1,000 viewers. This means she should be receiving a base monthly income of $6,755 USD, excluding additional income from sponsorships, tiered subscriptions, merchandise sales, tips, Twitch cheer bit contributions, and advertisements.

Almost daily for 7-11 hours per session.