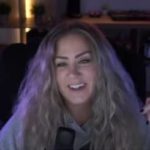 She is married with four children, three girls and a boy, two of whom are already full grown. Her dog’s name is Lily, a cat named Apollo and a bearded dragon named Spike.

According to her Twitch bot, ‘Sigma Σ chose her name (originally Sigma_Ink) from having her Master Black Belt in Six Sigma (6σ), a process improvement methodology.’

Sigma got into gaming when her fourth child asked her and her husband to get him Splatoon for Christmas. So, they got him a console and the game, but to her surprise, he also asked her to play with him. Until then, she had thought games to be a huge waste of time, but she played with him since he asked her to. But the joke was on her, as she was immediately hooked and found herself on a competitive Splatoon 2 team just six months later.

She played PC fps games for the first time in February 2018 and fell in love with the genre and discovered Escape From Tarkov in May 2018 through one of her mods who recommended it to her after she complained about PUBG on stream.  She has been maining it ever since.

One day, a friend of hers emailed her a Twitch clip from a competition that she had competed in. She had not even known that the event was being recorded. Her husband explained streaming and Twitch to her and the idea of having people that she could discuss gaming and share her experiences with appealed to her, especially as her own mom-friends did not understand where she was coming from with gaming at all.

She first started streaming Splatoon 2 on Twitch on January 10, 2018, and later transitioned to Fortnite, followed by EFT in May 2018. She decided to create Tarkov Streamer Battles in September 2018. Her project quickly grew and has attracted many big and small streamers to compete in the events. She occasionally streams with Pestily and AnneMunition as well as many other of the streamers, of all sizes, that she has met through her initiative.

She received Twitch partnership in February 2020. Her language isn’t 100% clean.

According to TwitchStats, Sigma has around 445 subscribers. This should generate her at least $1,100 USD per month, excluding additional income from merchandise sales, income from her Evasive channel, sponsorships, tiered subscriptions, tips, Twitch cheer bit donations, and advertisements.

Varies weekly. Tends to be at least four times a week on her main channel, and three times on her Evasive channel where she streams the Tarkov Streamer Battles.

Her birthday is on January 7th.