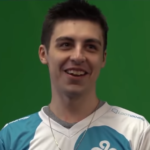 Shroud's parents are divorced, but he maintains a positive relationship with both parents.

He saw the handle ‘eclipse’ being used by another player in a different video game, liked it and stole it. However, when he joined CS:Go, ‘Eclipse’ was already taken, so he chose mEclipse, which he later changed to the synonym ‘Shroud.’

Shroud inherited his love of gaming and technology from his father, who would play video games with him from a very young age, and who built every computer that they own. This was why is father was happy to supply his son with the latest consoles and gaming equipment when he was growing up. It was also his dad who initially introduced him to Counter-Strike: Global Offensive (CS). Although he can no longer play with him, his father is very supportive and watches every tournament match that he participates in.

Although originally unimpressed with the CS:GO beta was release in August 2012. So, he only played it occasionally with his friends, while he primarily played World of Warcraft (WoW) as a teenager. Over time, he slowly started enjoying CS:GO more as the gameplay gradually improved with new updates.

Shroud was very shy as a child. When he began streaming at around 17, he found that it helped him to overcome his insecurities in regards to speaking with others. Prior to that, he only had a handful of friends, all of whom were fellow gamers. Eventually, he realized from the feedback on his streams, especially from pro-players, that he was pretty skilled. However, it was only when he placed fourth in the North American ESEA Season 15: Main Division in 2014, that he realized that he really had a shot at making it in the pro-eSports scene.

Shroud used to watch summit1g’s streams when he was in high school and was inspired to attempt uploading his own content.

He began streaming on YouTube soon after he upgraded his internet package in 2012, when he was seventeen. However, he hadn't considered that it could develop into a career at the time. As his skills increased, so did his standing in tournaments. He was soon approached by Complexity, now known as Cloud9, to join their team. He did so, and remained on the team until 2017 when he decided to resign and focus on streaming full-time. He occasionally streams with DrDisrepect and Ninja.

On October 24, 2019, he left Twitch to stream on Mixer after signing a deal with Microsoft. He then returned to Twitch as ShroudAltx after Mixer signed over ownership to Facebook in June 2020. He signed an exclusive streaming contract with Twitch two months later.

Total lifetime Tournament winnings: over $225,000 USD
Subscriptions: His record number of subscribers was reached on March 10, 2019 with 101,284 subscribers, which would minimally have netted him $354,494 USD that month. This excluded additional income from tips, Twitch cheer bits, merchandise sales and affiliate sales.