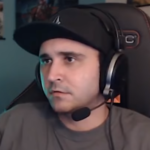 His brother streams as Kite61 and he has three dogs, Abby, Oreo and Ellie.

‘Summit’ randomly popped into his head, while the ‘1G’ is from the name of a club in CS that he was never part of, but he put at the end of his name as a joke. He did so because the name ‘Summit’ was already taken, and he didn’t think that his channel would succeed the way that it has.

Summit1G started gaming as a child, favoring console games such as Joe Montana Football and Final Fantasy over other gaming tech. However, he only really got into serious gaming as a teenager, when he went to stock up on Pokemon cards and saw gamers playing Counter Strike (CS) on PCs there. He immediately tried to download it at home but was unable to play it due to his lagging dial-up internet connection and his computer’s 32mg of RAM. He therefore settled for Team Fortress Classic instead. However, his computer only allowed him to access sniping mode, which is how he slowly developed his sniping skills during the two-hour gaming sessions per day that his parents restricted him to.

After a while, his dad realized that gaming wasn’t negatively affecting his grades, and so decided to buy him a real computer that was powerful enough to support CS. Prior to streaming, he worked as a Call Representative.

summit1G continued gaming as a hobby after work and started streaming CS for fun. He switched to The War Z when it came out and slowly gained followers, until he was eventually given the opportunity to stream full-time with Owned in 2012. He had around 350 viewers at the time, so decided to take the risk, as he hated his job anyway. fortunately for him, almost every game that he chose to stream turned out to be the next popular game on Twitch, so his channel just kept growing. That's why he attributes much of his personal success to luck over anything he specifically did towards building his channel. He soon started streaming on Twitch as well. He attributes his success to moving on to streaming other games such as The War Z, rather than simply sticking with CS, although remains his favorite game.

Summit1G is estimated to have ~18,800 subscribers, with an average viewership of ~25,180. This should generate him a minimal monthly income of $65,800 USD per month, excluding additional income from sponsorships, tiered subscriptions, tips, Twitch cheer bit donations, merchandise sales and advertisements.