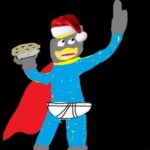 Pieman initially attempted streaming in November 2017 with H1Z1, but only really tried streaming seriously in May 2020 with Call of Duty: Warzone. He went fulltime from the get-go and his risk paid off, as he received Twitch partnership in August that same year. He gained notice thanks to his high-level fps skills, and also largely to his being noticed by top streamers who started playing with him and hosting him. He still often streams with other big streamers such as Tfue, Nadeshot, MuTex and others.

Pieman generally attracts over 500 viewers, and his Twitch chat bot put his subscriber count at around 1,220. This means his net monthly income should be at least $3,050 USD, excluding additional earnings from tips, sponsorships, Twitch cheer bit contributions and advertising.