His parents are supportive of his career choice.

Prestinni grew up playing video games with his fraternal twin brother, Arcitys, even after their parents divorced and separated the two of them. In fact, they used playing Xbox games together online as a way to stay connected.

They also played football while they were growing up because their dad was really into it. However, he dropped it when his parents divorced, and he went to live with his mom in California. While he was there, he got into Call of Duty and began competing on Game Battles with his friends. At the time, Arcitys was more focused on football than gaming, but he still played online on Xbox in order to keep connected to his brother.

When Arcitys went through a rough patch during his first year of high school, he went to California to be with his mom and brother. While there, Prestinni convinced him to join their competitive team, even though Arcitys had no experience. Unfortunately, they missed their first event due to car troubles and so decided to work at Dairy Queen start working to help upgrade their gaming equipment and saving up for events. He quit that job when they got onto Apotheon, as he wanted to focus on grinding.

The pair of them debuted professionally with Apotheon Esports in August 2016 as part of their inaugural Call of Duty roster for Black Ops 3 when they were 18 years old. They managed to place in top-12 at MLG Orlando, which gained them enough points to compete for champs. This got the attention of eUnited, who signed them on in December 2016.  They then went on to win the CWL Atlanta in February 2017. This win enabled them to begin helping out their parents financially and helped to cement their position in the pro-scene.

He remained with the organization until December 2019 when he signed with the Florida Mutineers. In March the next year, he benched himself for mental health reasons and was removed from their roster soon afterwards. He was then traded to the Chicago Huntsmen in May 2020. However, that was short-lived, as both he and Arcitys were released on September 20, 2020. He was signed on with Seattle Surge three days later.

He remained with them until they released their entire roster in August 2021. Although he started streaming on Twitch in February, he never really got into it and stopped soon and after it.

He continues to compete and signed with Atlanta FaZe in November 2021.

According to Prestinni’s Twitch chat bot, he has around 75 subscribers. Therefore, this would net him a base monthly income a base monthly income of at least $185 USD. This amount excludes the income he gets from tiered subscriptions, tournament winnings, tips, Twitch cheer bit donations, his team salary, advertisements, and sponsorships. His lifetime tournament winnings are estimated to be at over $600,000 USD.

ASTRO A40 TR
Tweets by @prestinni 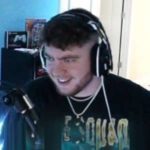