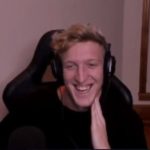 He wanted a username that sounded like ‘tee-foo,’ for no particular reason when he was creating his Xbox account in 2013.

Tfue started playing Halo with his brother when he was around 12-years-old. He was a natural and quickly broke world records on popular games. However, he only really began to get really into video games when he started playing Call of Duty and Destiny. As her grew older, he began streaming his gaming sessions, while his brother moved on to streaming various pranks on YouTube. He was home-schooled, which gave him a fairly flexible schedule when he was growing up. His steaming really took off when he began streaming Destiny with his teammates in Redeem on Twitch and YouTube in June 2015.

Although he had been making some money from his YouTube streams of H1Z1 and PUBG, it was only when Fortnite came out that his follower base really began to grow, and with it, the feasibility of his becoming a professional streamer. In fact, even though Ninja is far more popular, he is regarded by many as being the best player on Fortnite.

Tfue has earned around ~$112,000 USD in various tournaments. He is estimated to have around 38,730 subscribers. This would net him a monthly income of ~$121,550 USD, without taking income from advertising, tips, Twitch cheer bit contributions and sponsorships into account.

* Note: Tfue only streams about 4- 6 hours of games a day. He streams other content as well.

Tfue feels that generally, the best approach for noobs to Fortnite is to avoid other players and to stay in the game for as long as possible. As players become more skilled, they can begin being more aggressive. Furthermore, in the early stages, it is far more important to focus on the building aspects, that shooting and combo aspects of the game, as it is essential to succeeding in the long-run.