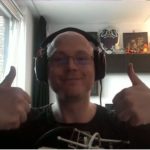 The origin is from Dutch, and he states that it doesn’t translate well into English. It was given to him by his friends and had nothing to do with being a ‘noob’.

Nobbel87 and his bother grew up playing Zelda and Duck Hunt on a Nintendo, although their neighbors had a Sega console, so they would also go over to play sometimes. He was picked on in school for being overweight.

He has been playing World of Warcraft (WoW) on-and-off since Classic. He chose Alliance because that is what his friend had chosen, and he wanted to play together with him. In 2009, he got back into the game seriously when the Lich King expansion released, and he saw the gameplay videos online. He created a Paladin character, which became his favorite.

Prior to streaming, he was studying to become a teacher. However, when his channel blew up, he decided to drop out of university as he felt that his content creation fulfilled his need to educate and interact with others. He also completed a course in Social Work.

Nobbel87 set up his YouTube account in 2007 in order to share his gameplay guides and guild information with his fellow WoW guild members. He discovered that he really enjoyed producing and editing videos, as well as learning how to use all the necessary programs. He created content on and off just as his interest in the game grew and waned. This usually evolved around completing all of the quests and new content with each new expansion.

His channel only really started becoming popular when he began creating his WoW lore videos.  These videos are based on information found in the WoW lore, Warcraft series law and the WoW novel series.

He streamed his first Twitch livestream on December 30, 2013. It was a Q&A that lasted over three hours and attracted over 700 viewers.

He has a niece and a nephew.

He has ~1,000 subscribers, which should earn him a minimum monthly income of at least $2,500 USD, excluding additional income from other revenue streams such as tiered subscriptions, tips, sponsorships, Twitch cheer bit contributions and advertisements. 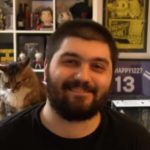 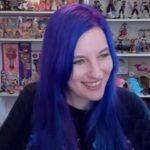 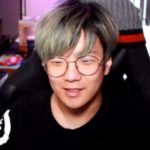