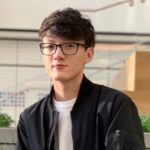 He has a brother and a sister.

iiTzTimmy was introduced to video games by his older brother whom he would watch playing games such as Soldier Front and Maple Story when he was around five. He begged his brother to make him a Maple Story account and he eventually gave in. He continued maining it until he got into League of Legends during its third season in 2013. After that, he played Counter-Strike: Global Offensive for a year before returning to LOL.

He then moved on to Player Unknown’s Battleground upon its release, followed by Realm Royale. He briefly returned to LOL before trying out Apex Legends and falling in love with it. He also tried out Fortnite for a couple of weeks but didn’t enjoy it.

He first started watching gaming streams and YouTube videos when he was young and got into Minecraft and then again later when he enjoyed watching Shroud during his CS:GO stint.

He then went to college for a year, before dropping out to pursue streaming.

He originally started streaming after his friends told him that he was good at games and being told by many others that he had a good sense of humor during is League of Legends stage, but it didn’t work out.

He decided to try again with Apex Legends during his summer break from college in August 2019. He slowly started being noticed by the greater community and even receiving invitations to play with other streamers, including Aceu and Diegosaurs. He both joined Golden Guardians and received Twitch partnership in December 2019. He remained with Golden Guardians until December 1, 2020.

According to his Twitch overlay, he has over 1,370 subscribers. This means that he earns at least $3,425 USD per month from base subscriptions alone. He also receives additional income from sponsorships, tiered subscriptions, tips, Twitch cheer bit donations, and advertisements.

He usually streams from 22:00 UTC onwards.

He is actually really shy in real life.