He first dabbled in streaming in March 2019 but soon stopped. He then began again in September 2019 and began grinding seriously in June 2020. He and Frexs started competing together in 2020 and were picked up by NRG’s competitive Apex Legends team in April 2020. He then received Twitch partnership in September 2020.

According to nafengg’s Twitch chat bot, he has around 1,130 subscribers to his channel. This means his starting monthly income should be around $2,825 USD. This is before taking into account the revenue he collects from tiered subscribers, his team salary, coaching fees, Twitch cheer bit contributions, sponsorships, donations, advertisements and tournament winnings. EsportsEarnings puts his lifetime winnings at over $40,000 USD. 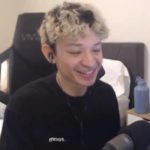