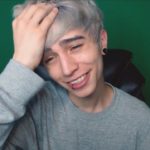 His dad is in the US military. HIs mom is supportive of his stream, and he has a younger sister.

Diegosaurs originally started creating content on YouTube in 2015 but decided to move to Twitch in October 2018. He subsequently removed most of his public content from his YouTube channel. He joined TSM Apex Legends team in March 2019 and remained with them until June 2020.

He has over 1,200 subscribers, and generally attracts over 2,000 viewers per stream. This means that he earns around $4,200 USD per month from subscribers alone. This excludes additional income from sponsorships, tiered subscriptions, tips, Twitch cheer bit donations, and advertisements.

He has an inconsistent schedule.