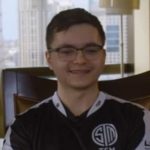 He has a Shih Tzu named Peanut.

His name was originally fpsreps, but he later changed it to reps and then TSM_Reps when he joined the org.

TSM_Reps first became a fan of TSM during his time playing League of Legends. Watching them compete made him dream of becoming a pro-gamer himself one day.

Prior to Apex, he mainly played Overwatch. During his time in the game, he frequently placed in the top 500, with a peak placement of Rank 7. He started playing Apex Legends upon its release in February 2019. He immediately fell in love with the gameplay and mained Bangalore at first. He initially just played pubs with his friends.

He initially attempted streaming Realm Royale in August 2018, but never really got into it. In October that year, he slowly eased into streaming Overwatch. But January 2019 was when he really got into streaming, especially when he got into Apex Legends on February 7, 2021. HE soon realized that he was good at the game, as he managed to get 30-game win streaks a couple of times, and so decided to attempt going pro. He therefore began entering scrims and was soon being noticed in the competitive scene.

His placements soon drew the attention of TSM_ImperialHal who approached him to try out as the third member of the TSM roster alongside him and Albralelie. They soon proved to have good chemistry, and he was signed on in June 2019.

According to TSM_Reps Twitch bot, he has around 825 subscribers and averages over 1,400 viewers. This means that he should be earning a monthly starting income of around $2,890 USD. This is before he collects the revenue from his team salary, tiered subscriptions, donations, Twitch cheer bit contributions, advertising, tournament winnings and sponsorships. EsportsEarnings places his total tournament winnings at over $105,000 USD.

He currently lives with TSM_ImperialHal in Las Vegas. They are neighbors with Snip3down.