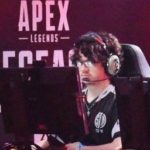 Albralelie was introduced to console video games by his older brothers when he was around four years old, with his first game being Halo: Combat Evolved.  While he was growing up, he generally stuck to the FPS genre, with other games that he played including Call of Duty 4, H1Z1, Counter-Strike: Global Offensive, Overwatch (S1-3), as well as the majority of battle royale titles that have been released since his first BR, ARMA 3. He switched to PC games in 2012, when he wanted to try out a new DayZ dlc mod pack.

Prior to Apex Legends, he was maining Call of Duty: BlackOp’s 4 Blackout but decided to try out Apex when his friends told him about its surprise release in February 2019. He immediately fell in love with it and quickly proved his skills in the leaderboards and ranked high enough to encounter TSM members in numerous matchups.

He originally started streaming when he was about thirteen years old under ‘FledgeOW,’ but he deleted that later account when he decided to change his IGN.

His consistently high performances drew the attention of TSM, leading to his being signed with them in June 2019. Since then, his channel has grown exponentially, especially in light of he and his teammates championship victories.

According to his chat bot, Albralelie has ~630 subscribers. This means that he should be earning at least $1,575 USD per month. This excludes other income that he receives from tiered subscriptions, tips, team salary, Twitch cheer bit contributions, advertising, tournament winnings and sponsorships. EsportsEarnings places Albralelie’s total tournament winnings at ~$72,000 USD.