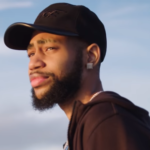 His parents are happily married and he has an older brother.

Loco has been playing video games since he was a child, thanks to his brother introducing him to games such as Final Fantasy, GunZ: The Duel and Crash Bandicoot. His parents allowed them to play video games once they were done with their homework and had eaten supper with the rest of the family. The two of them would compete against each other, even in solitaire games.

He and his friends decided to try out Fortnite one day when they were getting bored of playing Grand Theft Auto online. He loved it and it immediately became his new main game.

Shortly after this, Fortnite was released, and one of his friends recommended that he try it out. He did so and fell in love with the game. After a month of playing Fortnite, he decided to start streaming his gameplays. Soon after this, he found himself in a game with Dakotaz, who was impressed with skill and followed him. The two of them then started competing together, which helped to boost his follower count. From there, Dakotaz recommended that he be included invitationals with other top streamers. That was the true state of his popularity as streamer.

In February 2018, Myth invited him to join TSM. He agreed and moved to California with full support from his family.

After over a year of not streaming, both he and NRG_Hamlinz announced their return in August 2021 as part of NRG's Thoomin streamer house. However, the house failed and disbanded by January 2022. That, combined with his health issues, caused him to stop streaming by February 2022. It is unclear whether he will return later.

According to his Nightbot, TSM_Daequan has around 9,075 subscribers. This would minimally generate him at least $11,900 USD per month. This is before he receives additional income from sponsorships, tiered subscriptions, tips, Twitch cheer bit donations, team salary, tournament winnings, merchandise sales and advertisements. Esports Earnings estimates that he has won ~$81,000 USD from various tournaments so far.