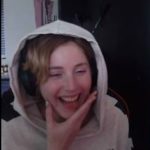 She has two sisters and a brother, and her family is supportive of her career choice.

SheeverGamog grew up playing classic PC games, such as The Prince of Persia, although she had to compete for gaming time with her siblings. As teenager, she played Warcraft III: The Frozen Throne before moving on to World of Warcraft as soon as it was released. She spent most of her free time playing it while she was in university. From there, she started playing DotA as well as various other games.

In 2012, she set up her Twitch channel in order to stream her Skyrim gameplays for her friends. She successfully applied for and received a beta key for Dota 2 in 2013, which then became her new favorite game. Her passion for the game inspired her to begin streaming and casting more seriously.

Prior to casting and streaming full time, she completed her degree in Commercial Economics and worked several part time jobs, and then a fulltime job as a Junior Account Manager.

Although she didn’t know much about the eSports scene, she was skilled enough as a caster to be invited to conduct interviews on behalf of GosuGamers at The International 2 in August 2012.

SheeverGamng started uploading daily informational Dota 2 videos in October 2012, which were like news segments that would catch up all of her viewers on the latest updates and events that were happening in the DotA community. This idea was inspired by her doing intensive research to find out the information herself when she was attempting to create casting videos that other DotA caster weren’t already casting on. While she hadn’t originally planned on continuing the segment for too long, it gained popularity and her channel started to grow.

This fame eventually led to her being invited as one of the casters for Beyond the Summit in 2013, which led to further opportunities. One day, the company that she was working for was experiencing financial difficulties and had to retrench her. She decided to take advantage of the situation to pursue a fulltime career doing what she loved than to continue working in a job that she wasn’t so interested in.

SheeverGaming is estimated to have ~500 subscribers, which would minimally earn her $1,250 USD per month, excluding additional revenue from her casting, hosting and analyst fees, tips, Twitch cheer bit contributions, sponsorships, and advertisements.

Almost daily when she is not attending events.