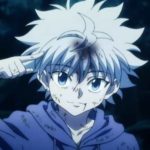 According to his chat bot, ‘I used to be a fan of the call of duty pro Scumpy aka Scumper. My real name is Jack, so I replaced the first two letters with my name and created the name Jamper.’

There is very little personal information available about him. He is currently still attending public high school, although it is currently online.

Jamper started steaming on Twitch in March 2018 and began uploading to his YouTube channel in October 2018. However, he took a break from Twitch in mid-August 2018. Although he streamed occasionally in 2019, it was only in April 2020 that he began grinding consistently. This was likely due to the Codi lockdowns. He soon gained recognition for his high placements in cash cup tournaments and has competed with other streamers such as BenjyFishy and MrSavage. joined Luminosity Gaming in July 2020 and received Twitch partnership in October that year. His current trio includes Rise and Threats.

According to his chat bot, Jamper has over 310 subscribers. This should earn him at least $775 USD per month, before getting additional income from tiered subscriptions, sponsorships, his team salary, tournament winnings, Twitch cheer bit contributions, advertisements and tips. Luminosity puts his total winnings at over $49,000 USD.