His brother is @DemoStorm101 who is primarily a YouTuber. He also has two dogs, Bo and Dewie.

His original tag on the Xbox 2 was KingJSE. When he later setup up a clan called CR with his friends, we changed it to CRRoyal because CRKing was already taken. He later added ‘Partially’ because his family tradition holds that he is related to King Philip in some way.

PartiallyRoyal grew up playing video games such as Super Smash Bros. and Mario Kart 64 with his brother and cousin, including old DOS fps games. His favorite franchise was always Call of Duty, and he often pre-ordered their latest game. Outside of video games, he also played a lot of soccer for around 12 years while he was growing up. He also played some basketball.

As a high schooler, he worked as a camp counselor for kids aged 4-13 during the summers and a cashier/bagger occasionally during the year. He quit the cashier job when his YouTube channel started to take off in 2013. After high school, he went to college with the intention of majoring in Computer Science but dropped out after a couple of days to pursue fulltime content creation in August 2015.

His dad was fine with this decision, as he was only really concerned with PartiallyRoyal making a decent living for himself. His mom came around a bit later.

He began uploading content to his first YouTube channel, GamingFatal, in January 2010 after his parents bought him recording hardware called ‘Dazzle’ for the holidays. He was inspired after getting very into watching Machinima videos and wanting to attempt creating similar content himself. Some of his favorite YouTubers includes Seananners, Hutch and Hollywood. He originally focused on Call of Duty: Modern Warfare 2 commentary videos. He originally started it as a hobby with no intention of it developing into something real. Indeed, this channel did not take off.

The first streamer that he watched was TimTheTatman in 2013. PartiallyRoyal created his Twitch channel to subscribe to him and began streaming a DayZ mod soon afterwards himself. He began uploading content to his current YouTube channel in April 2013, starting with Minecraft survival speedruns. He then branched out into Let’s Plays for other games.

He has been creating collaborative YouTube content with RitzPlays since at least October 2013 and MineCraft content with iamBoomer since the creation of his current channel in. He streamed on Twitch  until June 2018 when he announced that he would be switching to Facebook Gaming after negotiating a contract from them. He then transitioned to livestreaming on YouTube when that contract ran out. However, he decided to return to Twitch in December 2019, but only really got back into it in August 2020. This was also around the time when he was re-awarded his affiliate status. By September 2020, he had already attracted 500 subscribers.

His brother is @DemoStorm101 who is primarily a YouTuber. He also has two dogs, Bo and Dewie. 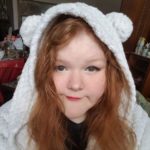 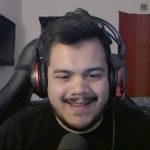