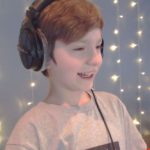 He has three brothers and a little sister.

H1ghSky1 grew up playing video games with his siblings. Prior to Fortnite, he played PUBG and CS:GO and other FPS games. He started playing Fortnite s soon as it was released in 2017.

He bought himself a $10 Million USD mansion in LA in and moved there to be close to FaZe in October 2020. He is currently completing school online.

FaZe Yusuf discovered H1ghSky1 when he was browsing Twitch one day. He recognized his skills. At the time, he had around 1,00 followers, but once he was noticed by FaZe Yusuf, his follower count quickly rose to 45,000 and has been growing ever since.

Faze Yusuf showed H1ghSky1’s channel to FaZeApex They discussed it with the other team members and approached him to join the team. In September 2018, Tfue raided H1ghSky1’s channel with over 39,750 viewers, which further propelled his channel’s growth. When he’s older, he would like to become a pro-player and vlogger. Once his age was discovered, he was banned from Twitch. He then went on to stream on YouTube and then returned to Twitch when he turned 13.

H1ghSky1 has ~2,450 subscribers. This would earn him ~$6,125 USD per month, excluding additional revenue from other sources such as tiered subscriptions, Twitch cheer bit contributions, tips, sponsorships, his Faze salary and advertising revenue.

His account was suspended on June 6, 2019 when it was discovered that he was only 12 years old. He then moved to YouTube under the supervision of his mother and will likely return to Twitch when he is old enough to do so.