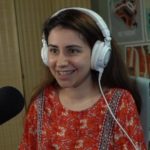 She has a brother and a sister.

GuhRL grew up playing video games on the Nintendo 64. She first started playing on the PC for RuneScape when she was 13 years old but switched back to console when she would play other games, such as Call of Duty: Modern Warfare 2. RuneScape remained the only PC game that she played until she bought herself her first gaming laptop during the summer before she started college when she was about 18 years old. The first game she played on it was Dota 2, but she moved on to Counter-Strike soon afterwards, as she found that she was not so into MOBAs.

However, she was careful not to put to many hours into video games while she was in college, as she was concerned that it would affect her grades. She then returned to gaming upon achieving her degree in Energy Systems Engineering Technology. As it was a new course, it only took two years, and was focused on Renewable Energy and Energy efficiency.

She started streaming on Twitch on January 1, 2018. She was inspired to do so, because she was having a hard time job hunting after college and was reflecting back on the connections that she had made during her gaming days. She missed it and felt that she might be able to meet new people through streaming, as the people that she met in-game would then have a place to find her online. She streamed daily from the onset, but it was only about five months later when she started playing Deceit, that she grew from an average of 3 views to 15.

Over time, her channel slowly developed into something more than a hobby, especially once Twitch started promoting smaller streamers. She also attributes her growth to the support of other streamers that she met along the way, such as NiceWigg.

According to GuhRL’s Twitch overlay, she has around 1,850 subscribers. Therefore, she should earn at least $4,625 USD per month, excluding additional revenue from other sources such as donations, tiered subscriptions, sponsorships, Twitch cheer bit contributions and casting fees.

Almost daily for between 2 - 8 hours a session.