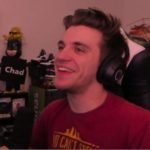 He and his brother were raised by their mom.

Chad grew up playing video games with his brother, xcudi, on a variety of consoles, as well as PC. While in his sophomore year of high school, he used to stream a variety of FPS games, including Halo, Counter-Strike and DayZ in order to have a community to share is experiences with. He didn’t really view streaming as a viable career path at that time, as there were very few streamers who were really making a living from it at that time.

In his later high school years, he barely attended class, as he spent much of his time playing video games with his online friends, including Shroud and Summit1G, whom he still plays and streams with.

In 2015, he started playing Rocket League. He really enjoyed it and became very competitive with it. His skills lead him to being noticed by Kronovi. He played with him and played with some of the pros. However, he was never really interested in pursuing a career in eSports. It did help to boost his views as a streamer, though.

However, he only really began to take streaming seriously in early 2017, when PUBG launched and many of his streaming friends began to focus more on streaming and their channels started taking off. His channel grew and he decided to drop out of college to focus on streaming along with his friends. For more information, watch this video.

While he doesn’t have a set schedule, he generally streams from Friday – Wednesday, and occasionally takes off Thursdays. He can stream for anywhere between 4 – 11.5 hours in a sitting. 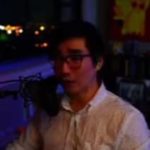 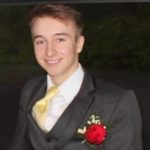