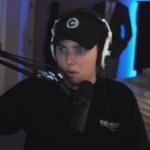 He has a brother. His parents have always been supportive of his gaming ambitions, allowing him to grind as many hours as he wanted to even while he was still in high school.

Ceise started playing video games casually in his pre-teens, with Guitar Hero on his PlayStation 2 being one of his favorites. Although he had played fps games like Call of Duty: Black Ops 2 when he was in middle school, he only really started being interested in competitive gaming when he moved on to battle royale games such as H1Z1 and CS:GO in late 2016. However, it took him a while to get into it and he feels that he only truly got he hang of H1Z1 when its popularity started waning in late 2017. He then discovered Fortnite in December 2017 and quickly started climbing the ladder.

When he felt that he had gained enough skills, he sent out emails to various organizations in the hopes of joining a team so that he could be flown to compete in a Fortnite event in Vegas. His effort paid off and he was signed on with Gankstars in August 2018. This enabled him to begin networking and to get himself known in the industry and he remained with them until February 17, 2019.

He and Elevate started training together for duo matches in September 2018 in order to compete at TwitchCon in November. By December 2018, they had honed their teamwork enough to make their first major mark by coming first in Fortnite at the WSOE. This attracted Nadeshot’s attention, and within a few days of Ceice’s departure from Gankstars, he had signed them on with 100 Thieves. In April 2019, they moved to 100T’s Fortnite house in Los Angeles, where they practiced hours of scrims together every day.

In July 2019, the two of them competed in the Fortnite World Duos Cup finals and ranked third, thereby raking in $1.8 Million USD to share. He remained with 100 Thieves until February 2021. He then joined XSET in April 2021.

According to Ceice's chat bot, he is estimated to have ~410 subscribers, with an average viewership of ~310. This should earn him at least $1,025 USD per month, excluding additional income from tiered subscriptions, tips, team salary, Twitch cheer bit donations, advertisements, sponsorships and tournament winnings. According to esportsearnings.com, he has won ~$1,06 Million USD from various tournaments.