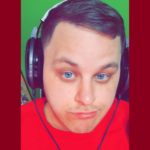 Prior to streaming fulltime, he worked at a gas station for three years, but decided to risk pursuing content creation after being robbed one too many times.

Zombie_Barricades started streaming on Twitch on September 11, 2012 and uploading ARMA 2 content to his YouTube channel in February 2013.

According to his Twitch chat bot, Zombie_Barricades has around 7,700 subscribers. As he usually attracts around 1,500 viewers, which should place his base income at $26,950 USD per month. This excludes any additional revenue that he receives from donations, Twitch cheer bit contributions, merchandise sales, sponsorships and advertisements. According to his Twitch autobiography, he has received over $70,000 USD from his top five donators alone.