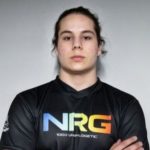 Zayt played his first video game when he was five years old when his older brother introduced him to RuneScape. He played it as his main game until he was fifteen and became more interested in fps and MOBA games such as Counter-Strike: Global Offensive and League of Legends. During those two years, he would play for five hours a day every day after school.

Although he took competitive gaming somewhat seriously, he only considered entering the pro-scene when he transitioned to Fortnite soon after it released and quickly became one of the top Canadian players. He decided to drop out of college to pursue his career, with a six-month cap to make it.

While his mom supported him, his dad was against it.

Fortunately for him after a few months of squad scrims in 2018, he was picked up by NRG Esports and his career really took off from there. In January 2021, he announced that he would be retiring from competitive Fortnite and that he would instead be focusing on other content creation. However, he had stopped streaming on Twitch completely by September 2021.

According to his chat bot, he currently has ~125 subscribers. This should earn him at least $310 USD per month, excluding additional income from his team salary, sponsorships, tiered subscriptions, tournament winnings donations, Twitch cheer bit donations and advertisements. He is estimated to have won over $1,08 Million USD from various tournaments.