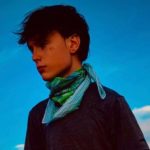 He has a Pug named Ted.

Wintrrz started uploading H1Z1 videos to YouTube in November 2016. He opened a channel and originally started streaming Minecraft and then moved on to H1Z1. However, he soon found the game boring and so was only streaming it for around an hour each day but stopped when he realized that he was underage. He continued uploading to YouTube, though.

In December 2017, he decided to transition to Fortnite instead. At first, he focused on uploading content to YouTube, but as he improved, he decided to go back to Twitch, which he did on a new account in January 27, 2018.

He soon started climbing the rankings and was noticed and mentored by Payne, who was on Tempo Storm. A while later, Payne invited him to join the pro discord, and they started a match. He managed to kill Myth at the time. Myth then continued to spectate the rest of his match, and Wintrzz finished the day with 1,500 viewers. From then on, he had 20 daily views, which increased as time went on. In December 2019, he was offered a spot on TSM’s Jr. Fortnite roster, where he remained until October 2019.