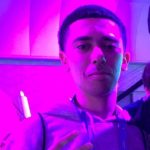 He originally started out live streaming his NK17 gameplay on YouTube in July 2017 through his PS4Live account. He then moved on to Fortnite in January 2018 and decided to stream on Twitch for the first time on July 24, 2018. He joined Chronic Gaming in December 2018, but he left them in March 2019 because he wanted to focus on his solo gameplay over duos.

According to his Twitch chat bot, wavyjacob has ~520 subscribers. As he frequent gets over 1,500 viewers, which means that he should be earning at least $1,820 USD per month. This is before he receives additional income from tiered subscriptions, donations, Twitch cheer bit tips, advertisements, sponsorships, and tournament winnings. According to Esports Earnings, he has won ~$33,000 USD from various tournaments.