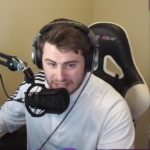 He has a dog named Sansa.

Outside of gaming, he grew up playing football and even dreamed of becoming a professional player when he grew up.  However, that didn’t pan out, so he went to college after high school. During that time, he moved in with some other boys and they introduced him to Machinima gaming content. He especially got into creators such as SeaNanners, Goodgriefing and Hutch. After watching them for a while, he was inspired to make his own attempts at content creation.

Prior to streaming, he went to college, dropped out after a year, worked in a clothing store, returned to university and then dropped out again to pursue fulltime content creation.

Terroriser uploaded his first Call of Duty video to YouTube in May 2011. After a few months, he submitted one of his clips to a channel called GoodGriefing and got a shoutout from them that helped to boost his channel. He also started creating joint content with them occasionally.

TwitchStat’s puts Terroriser’s subscriber count at around 3,800 to an average viewership of 1,200. This would earn him at least $13,300 USD per month, excluding additional income from tiered subscriptions, team salaries, sponsorships, donations, Twitch cheer bit contributions and advertisements.

He voices ‘Buck’ in Alpha Betas and his favorite football team is Manchester United.