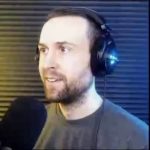 Although initially skeptical, his parents are very supportive of his career choice.

He originally wanted to call himself ‘Nanners’ on his Xbox Live account because one of his friends used to call bananas ‘nanners’ and he thought it was funny. But it was already taken. It recommended SeaNanners instead, so he went with it.

After high school, SeaNanners went on to study film and new media production at San Diego State university, after which he worked as a video editor.

During his two-year hiatus from streaming, he and his girlfriend got into home renovations starting with an Airstream that they purchased. From there, they moved on to apartments. When they were done, they would resell them for a profit.

SeaNanners started uploading Call of Duty: World at War content to YouTube for fun in August 2009 because he didn’t have a job at the time and was looking for something to do. He saw other people’s videos and thought that he was good enough at Call of Duty to possibly attract viewers, and so decided to try it out.

He also saw YouTube as a platform where he could practice what he had studied and to entertain others. It was purely a hobby at the time, as there was no way to monetize content originally. He initially focused on commentaries and educational videos. However, things changed rather quickly and within six months he was able to make it into a fulltime job.

He decided to start streaming on Justin.tv in January 2010. In June 2010, he became a fulltime premier director for Machinima. However, in May 2018, he left content creation without any announcements to his community due to stress he experienced as a result of his success.

He chose to return to content creation as a side-hobby on August 29, 2020.