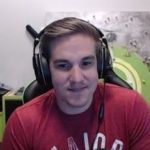 He married his wife in 2015. He also has an older brother, a younger brother, four nephews and a niece.

His username is his initials.

TeePee’s older brother introduced him to PC video games when he was very young, with his first being Pokemon. When he was older, he played FPS and RPG games on the PC, including Wolfenstein and Final Fantasy. He also played soccer and other sports while he was in high school. He started playing Call of Duty (CoD) 4 in high school when he got his first Xbox 360 in his Freshman year of high school. He loved it and spent many hours of his high school life playing pubs. That became his main focus. He later switched to the PS3 when the Xbox circuit didn't work out.

One day, when he was around 15 or 16 years old, he was in the CoD lobby when a player called ‘Regulate’ asked him whether he ever play MLG battles. He didn’t know what those were at the time, so he looked into them and began watching Halo tournaments. This sparked his competitive nature, as he wanted to compete for prizemoney. He therefore joined the team of the person who had asked him about MLG battles, but they performed poorly in the tournaments.

TeePee missed out on the first CoD 4 Pro Circuit Ladder (PCL) PlayStation tournament, but worked really hard to prepare for the second on, where his team made it to the top twelve. But he managed to make his mark and gain recognition during the series. He met Aches online in 2010 during that time and they began to discuss TeePee joining Ache’s team, LeveraGe. They achieved second place in his first major tournament, at which point his parents began to accept that there may be a future for him in competitive eSports. Despite officially retiring in June 2016, he has still been participating in the professional league in various capacities ever since, although he mainly focuses on casting, coaching and streaming these days.

According to his chat bot, TeePee has over 27,820 subscribers, which would minimally earn him ~$97,370 USD per month, excluding additional revenue from tournament winnings, donations, sponsorships, coaching, Twitch cheer bit contributions, casting income and tips.