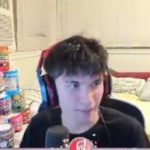 He has a Cocker Spaniel/Doxon mix called Dingo.

According to his chat bot, 'He got the Kawaki part from Boruto, Naruto's son. Then the Stu part came from his Friend's sister's name, Tsunami and put it together to make Stukawaki.'

stukawaki has been streaming consistently since April 2020 and quickly gained recognition for his fps skills and high tournament rankings. He then received Twitch partnership in March 2021 and by May that year, he decided to put college on hold for a year to see whether he could make streaming work out as a career.

He occasionally competes with other streamers including JoeWo and Tommey. His language isn’t clean.

According to stukawaki’s Twitch bot, he has around 1,980 subscribers. As he usually attracts around 600 viewers, his monthly earnings should start at least $4,950 USD per month. This excludes other revenue he receives from tournament winnings, tiered subscriptions, his team salary, sponsorships, donations, Twitch cheer bit donations and advertisements. EsportsEarnings puts stukawaki’s total tournament winnings at over $100,000 USD.