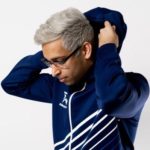 ShahZam grew up playing on various consoles with his older brother from when he was young, including a Nintendo Entertainment System, Sega, Nintendo 64 and PlayStations, among others. He later started mainly playing on the PC when Halo came out.

He was introduced to Counter-Strike: Source, as he received a free copy of the game when he bought Half-Life 2 in late 2004. The two of them got very into it and would often play together against bots.

He started competing in Counter-Strike tournaments during CAL S10 with his friends due largely to his drive to be the best at the game. He slowly gained recognition in the community, especially after he and his team, Denial, started performing well at ESEA during his third year of college.

He was soon offered his first position with a pro team, namely Cloud 9, while he was still in college. Accepting the position was a risk, as the CS pro scene wasn’t really developed yet and it would require him to travel frequently, meaning that he would need to drop out of school. He approached his parents about the proposition and was surprised when they were supportive of the opportunity.

From there, he went on to compete for a number of other organizations, including Optic Gaming in 2015 and Echo Fox in 2016. He was also part of Misfits Gaming from 2017, and then rejoined Optic Gaming in February 2018. However, his membership was short-lived, as he soon moved across to compLexity in May that year. He then remained with them until April 2020, when he transitioned to Sentinels.

According to his Twitch overlay, he has around 1,145 subscribers. This means his base monthly income should be at least $2,860 USD, before taking into account other revenue he may receive from tiered subscriptions, his team salary, tips, Twitch cheer bit contributions, tournament winnings, advertisements and sponsorships.  EsportsEarnings estimates that he has won over $141,800 USD from various tournaments.

He doesn’t have a set schedule, but he does tend to stream almost daily.