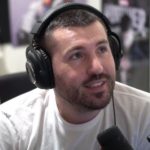 Punisher’s family moved to the US when he was nine years old and bought him his own laptop shortly afterwards. As a teenager, he started competing in in Counter-Strike LAN tournaments and loved watching other competitive esport events such as Halo and Call of Duty as well.

Prior to Fortnite, he was mainly playing League of Legends, Call of Duty, Overwatch and Counter-Strike: Global Offensive. He was completing his final year of his Psychology degree when one of his friends encouraged him to try out Fortnite, so he decided to give it a shot in December 2017. He soon realized that he had the potential to become a top-tier player at this game.

He started streaming for up to 40 hours a week to zero viewers on Twitch for a while. He first started competing in online Fortnite tournaments in January 2018. However, his big break came when he managed to snag a ticket to the Ninja Las Vegas Event where he managed to win one of the games. This marked the beginning of his rise to fame among the Fortnite community.

Punisher met LanjokTV when they signed on with Evil Cake Army in October 2018 and were encouraged to duo together. However, within two months they discovered that the organization was a scam and left it but continued to compete as a duo as they felt that they worked well together. They then signed on with compLexity Gaming on February 24, 2019 and went on to qualify for the Fortnite duos World Cup Championships on May 22, 2019. They placed 30th at the event itself.

According to his Twitch overlay, Punisher has around 1,400 subscribers. Therefore, he should be earning at least $3,500 USD each month. This is before taking into account the additional revenue he gets from tiered subscribers, advertisements, his team salary, tournament winnings, sponsorships, tips, and Twitch cheer bit donations. EsportsEarnings places his lifetime winnings at over $110,000 USD.