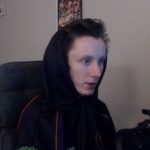 He is an only child and he has a violent cat and a tiny dog.

It’s his surname. There is no connection to Poland.

Polen grew up playing sports video games, especially favoring Madden NFL and NBA 2K titles. He started playing Call of Duty in 2010/2011 on his consoles. He wanted to improve, so he started watching YouTube videos, which led him to discover The Crew. He thought that their content was amazing and was inspired to try creating his own content when he grew up. He started playing CS:GO in 2014.

Polen began his YouTube channel with uploads of his MineCraft gameplay on the CrewCraft server that other players had requested. They quickly gained popularity, which marked the beginning of his stream career. He join Mythic Reborn’s pro CS:GO team in 2016 and has been participating on their main roster on and off until December 2020, when he officially announced his departure from both Mythic Reborn and competitive CS:GO altogether. He has since switched over to maining GTA V.

His parents are supportive of his career choice. His language is not child-appropriate.

According to his Nightbot, he has ~165 subscribers. This would earn him a monthly income of ~$412,5 USD per month, excluding additional revenue from tiered subscriptions, tournament winnings, team salary, tips, Twitch cheer bit contributions, sponsorships and advertising revenue. He has received over $9,927 USD from his top 6 donators alone.

Polen doesn’t have a set schedule, but he tends to stream several times a week when he is not participating tournaments. He can stream anywhere between 3 - 12 hours per session.