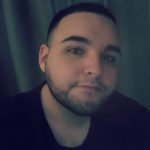 He has a wife and is very close to his mom.

His original handle was ‘Caramel,’ which he had chosen because he thought that it was unique. However, when he became more involved in the pro-competitive scene when he was around 15 years old, he felt that he should adopt a more intimidating handle. He saw that there were no other pros using it at the time, so he decided that ‘Parasite’ would be good.

Parasite’s introduction to video games was The Legend of Zelda: Ocarina of Time on the Nintendo 64 when he was in grade school. He fell in love with the fantasy and plot aspects of video games and continued to play other titles on various consoles while he was growing up. His parents were fine with him playing video games as much as he wanted, as long as he was keeping up with his homework and maintaining his good grades.

He got and Xbox when it released because he wanted to play Oblivion, as there was a lot of hype around it at the time. From there, he moved on to shooting games such as Gears of War and Rainbow Six: Vegas. He eventually started playing Call of Duty and slowly moved up the ladder until he became more competitive.

Growing up, he had wanted to become a high school history teacher. He still hopes to go into teaching when his gaming career is over.

Parasite started entering local CoD 4 LAN tournaments for fun when he was ~ 13 years old. He continued entering them, as he saw them as a good way to earn money. However, he only entered his first CoD major tournament in 2011 with money that he had borrowed from his mom. It was the MLG Dallas event, and he and his Ground Zero teammates managed to come 4th overall. This prize money was worth over twice the amount that he had borrowed from his mom, so he was able to pay her back immediately while still having money to cover the costs of his next tournament.

This marked the beginning of his career, as he continued to compete with various teams throughout the years. He usually joins teams on a short-term basis. Whenever he had a tournament, he would borrow money from his mom and then pay her back with the stipends. He would then use any excess cash to either help out his mom with the bills or to finance his next tournament or to upgrade his gaming and streaming equipment. He had never planned on making pro-gaming into a career, but opportunities continued to present themselves, and he felt that they were worth pursuing.

Parasite currently has ~200 subscribers, which should net him around $500 USD per month, excluding additional income from tiered subscriptions, Twitch cheer bit contributions, tips, sponsorships and advertising revenue. According to his Twitter account, he has earned over $200,000 USD from tournaments.

Parasite streams daily for between 2 – 6.5 hours per session.