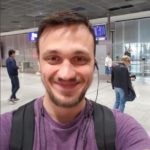 When he was younger, his mom would call him, ‘her little monkey,’ so he decided to incorporate that into his gamertag, first as Monkeys_Rock. That account later became inactive, so when he created a new account, he decided to merge his former tag and his brother’s tag, ‘Snowboarding_Forever,’ to form ‘Monkeys_Forever.’

When he was a child, he mainly played Warcraft III. He first started playing DotA during version 5.64b when he was around ten years old when he went to a LAN event with his brother and his brother’s friends and saw people playing the game there. They tried it out and really enjoyed it. He then moved on to Dota2 in November 2011 when one of his friends got him a beta key.

He then formed a team with a few other pros for a while. Although he us to play Counter-Strike as well, he really started taking Dota 2 seriously when Valve announce that they would be hosting international eSports events for it. He started playing scrims after two months of playing Dota 2.

Monkeys_Forever first entered the competitive DotA 2 scene around 2014, but was only really noticed when he joined Root Gaming in mid-2015. However, after a few months, he left took a break from the competitive scene.

He then joined compLexity Gaming in November 2016 as a last-minute substitute for the Northern Arena BEAT Invitational in Montreal. He remained with them until April 2017 and then transitioned to VGJ.Storm in January 2018. He returned to compLexity as a substitute in April 2019 for the 2019 MDL Disneyland Paris Major.

Monkeys_Forever is estimated to have about 600 subscribers. This should generate him at least $1,500 USD per month, excluding additional income from tiered subscriptions, advertisements, sponsorships, Twitch cheer bit contributions, tournament winnings, and donations. He has won over $33,000 USD from various tournaments over the years.