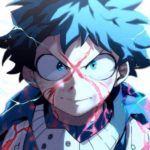 His twin brother is Keyshttps://toptwitchstreamers.com/streamer/keys/. He also has two older brothers.

He grew up playing video games.

Mikey6 first attempted streaming on Twitch in September 2018 but dropped it soon afterwards. He then decided to make a real attempt at it on July 5, 2020 and has been streaming consistently ever since. He was partnered in November 2020.

According to his Twitch bot, mikey6 has over 1,600 subscribers. As he generally attracts around 1,500+ viewers, which should earn him a minimum monthly income of $5,600 USD per month, excluding additional revenue from tiered subscribers, tournament winnings, sponsorships, advertisements, Twitch cheer bit donations and tips. FortniteTracker puts his overall winnings at over $39,500 USD.

He tends to stream for about 5 hours daily.