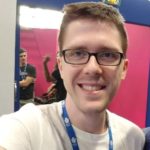 MacieJay has a niece. He also has a dog called Brooklyn.

'Maciej' is a Polish name that most English speakers struggle to pronounce. As Macie Jay is the common way that people would mispronounce his name, so he adopted it as his user name.

Prior to streaming full-time, MacieJay completed his undergraduate degree at college while working part-time at a per store. One day, while he was on break from college for a while, he was trying to perform a trick on his skateboard, but made a mistake and wound up breaking his ankle. With nothing else to do, he dedicated the next two months to playing Rainbow Six: Siege (R6), which he had bought as soon as it released in December 2015.

He started uploading R6 content to YouTube and streaming on Twitch in January 2016 in order to show off his tricks and skills. He was still ranked at ~Platinum 3. He posted his videos on Reddit and quickly gained followers, which he attributes to a largely combination of luck and timing. He decided that his momentum was too good to risk, and so he decided to put his graduate degree in veterinary school on hold in favor of pursuing full-time streaming.

In February 2020, he was officially signed on with TSM as part of their streaming team.

According to his Nightbot, MacieJay has around 6,650 subscribers. As he regularly streams for over 3,000 viewers, this means that he is earning at least $23,275 USD per month, excluding additional revenue from tiered subscriptions, advertising, tips, sponsorships and Twitch cheer bit donations.