She has two older brothers. Her dogs’ names are Zofia, Ela and Harvey.

When she first got into R6, her mother wouldn’t let her get her own account and so was stuck with Procowtipper21 until she was sixteen years old and she was finally allowed to create her own account. Her older brother suggested ‘GoddessofWar.’ She later shortened it when she received Twitch partnership and was told that goddess was available if she wanted it.

goddess has been playing video games since she was little. During high school, she spent most of her free time playing either sports or video games. One day, her Call of Duty friends convinced her to try out Tom Clancy’s Rainbow 6: Siege soon after it released. She later switched from Xbox to PC when R6: Operation Health was released three weeks earlier for PC than console on June 7, 2017.  As she got more into it, she started watching scrimming and competitive matches. She then became friends with pros and slowly started joining teams.

Prior to going into pro-gaming and streaming, she completed two bachelor’s degrees, namely one in Business and one in Psychology.

Goddess first joined the pro scene in 2015 and slowly worked her way up into better teams. When she was first starting out, she found one of the biggest challenges to be the excessive flak that she got from the community more so than her teammates after poor showings, especially when she was the better performers on the team.

She joined beastcoast as their pro-R6 captain in February 2018 and went on to become the first female R6 player to qualify for the pro-league in May 2018. The next month, her entire roster was bought by Cloud 9. She then remained with them until Cloud 9 sold their roster to Team Reciprocity in January 2019 and they decided to drop her from the roster.

She was immediately picked up by Elephant Gang for the next season. She then joined the Susquehanna Soniqs in March 2019. However, in January 2020 she then announced that she would be stepping down from the roster in order to pursue a social media and marketing role with them instead. She then began dedicating more time to streaming on Twitch as well.

According to her Twitch chat bot, goddess has around 190 subscribers. This should minimally earn her $475 USD per month, excluding additional revenue from tips, sponsorships, advertisements, tiered subscriptions, her team salary and Twitch cheer bit contributions. According to her Twitch biography, she has received around $7,140 USD from her top 9 donators alone.

She doesn’t have a set schedule. 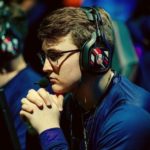