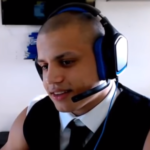 loltyler1 created his YouTube account in 2014, while he was studying at the Central Methodist University. During that time, he managed to rank 13th in the League of Legends (LoL) Season 4 Championship series in 2014. He continued to hone his LoL mechanic skills until they were pretty smooth, which slowly improved hi rankings and popularity.

However, he only really started garnering popularity in 2016, when he became notorious for his toxic behavior and high-level Draven skills. By June 2016, he was earning enough to drop out of college and pursue a full-time career as a streamer. By September 2016, he had reached 300,000 YouTube subscribers and 100,000 followers on Twitch.

loltyler1 took advantage of this title by playing up the role to the fullest, which resulted in his eventual ID ban by LoL. But, this move turned out to be the real jump-start, rather than career breaker, as he gained supporters calling for his unbanning. He continued streaming content, not just of LoL, but also IRL and other content. He streamed LoL by creating new accounts and ranking as high as he could before LoL noticed him and banned his new account. Riot Games continued to monitor him until he was deemed ‘clean enough’ to be unbanned in January 2018. Since then, he has continued to amass followers and supporters, to the point where he is one of the top viewed streamers on Twitch. With that said, his language remains foul.

Outside of streaming, he is regularly invited to cast or host major LoL events.

He often streams with Greekgodx. He joined T1 in October 2020.

He has a girlfriend

He has an estimated 6,570 subscriptions, with ~19,750 viewers. This means that he is minimally earning ~$23,000 USD per month. This excludes additional income from sponsorships, tiered subscriptions, tips, Twitch cheer bit contributions, casting fees, merchandise sales and advertisements.