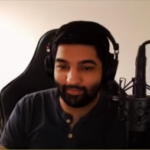 His older bother is streamer @dasMEHDI. He also has two cats.

Lirik was first exposed to video games when he was a child and used to watch his brother playing Doom on the PC. The PC still remains his favorite medium for playing video games. In 2009, he discovered Justin.tv and started watching Towelliee's World of Warcraft (WoW) streams every now and then. As they got to know each other, they began playing duos and Lirik even started modding for him.

In 2011, while still in college Lirik became interested in streaming his own and asked Towelliee for advice. He found that he really enjoyed streaming and became deicated to building his channel. As he became more serious about streaming, he would ask Towelliee for permission to let his followers know that he would be streaming, once Towelliee was done streaming for the day.

After gaining enough subscribers, Lirik realized that he was making the same profit that he would make in an entry level position in his field of computer science. Furthermore, he found live streaming to be addictive. Even though it was difficult for him to maintain a healthy balance between streaming and his degree, he found the cost of lower grades to be a worthwhile sacrifice. Lirik graduated with a Bachelor in Computer Science on May 15, 2015 and proceeded to pursue a fulltime career as a streamer.

Lirik's channel is estimated to have ~14,350 subscribers, with an average viewership of ~21,300. This should earn him at least $50,225 USD per month. This excludes income from other sources such as sponsorships, tips, tiered subscriptions, Twitch cheer bit donations, merchandise sales and advertisements. 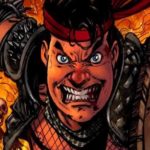