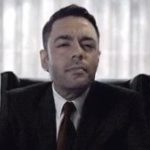 @Lirik is his younger brother. He has two cats.

‘Das’ means ‘the’ in German. Therefore, his username is the Mehdi.

He has been playing video games since he was a child and even introduced Lirik to gaming as a child. When he grew up, he acquired a Masters degree in Computer Science from Brandeis University and then worked in Engineering for a few years before he discovering streaming.

His brother, Lirik, introduced him to Twitch and streaming in 2014. He tried it out and found that he loved it, as he felt that it allowed him to express his creativity.

dasMehdi started streaming on Twitch on June 1, 2014 and switched to fulltime streaming in 2016. He chose to do this because he felt that he couldn't handle working for other people and he wasn't happy in his current job. It was a risk as he only had 550 subscribers at the time, which probably would have translated to between $1,375 - $3,000 USD per month for him, whereas his annual salary ha been $128,000 USD at his previous job.

His friends and family supported him in his decision.

He is estimated to have over 10,000 subscribers. This would minimally generate an monthly income of $25,000 USD for him, excluding any revenue that he might receive from advertisements, sponsorships, merchandise sales, tips.