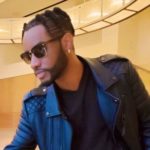 He has a younger sister.

Lifeofrio started to seriously upload Warframe content to his YouTube channel in early 2016. Although his channel was grown around it, he has since moved on to become a variety streamer. He does still play it every now and then. He joined Team Frequency in January 2019.

He keeps his language pretty clean.

According to a Twitter post, Lifeofrio hit over 5,000 subscribers during his peak month in 2019, with a low of ~1,489. So, assuming that he still has a median of ~3,000 subscribers and that he averages ~200 viewers per stream, he would be earning at least $7,500 USD per month. This excludes other income that he receives from tiered subscriptions, tips, his team salary, Twitch cheer bit contributions, advertising, and sponsorships.