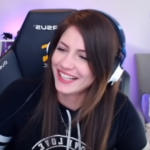 KayPea has two older brothers and a dog named Freya.

Her handle is based on her initials.

Kaypea started gaming Counter-Strike on her parents' PC when she was around eight years-old, after watching her brothers playing. Her parents would only allow her to play for an hour a day, but that was enough for her to slowly develop her skills. This was around the time that he r family moved to Singapore, where they remained until she was 15 year old. She later moved on to Call of Duty: Modern Warfare 2 as well as other titles. She also played Nintendo 64 games, such as Mario Kart and GoldenEye 007 at her friend's house. Outside of video games, she played IRL basketball right through college. She began playing League of Legends (LoL) while in university and began streaming her gameplays a year later.

She was playing 6 – 8 hours of LoL a day while still in university, in addition to working part-time. She spent a lot of that time playing alone, and really wanted to have people to interact with. A friend of hers introduced her to Twitch, thereby opening a new, fun community to her. She began streaming purely for the sake of having a few people to chat with while she was gaming. It took her three months to accumulate 15 viewers.

However, her channel slowly developed and her skills also became recognized to the point where she was offered the opportunity to join SivHD's team in the Netherlands in 2015. She decided to take the risk and gave up her job and sold her possessions to move there. She did complete her BA in Anthropology at the University of Victoria before taking this step, though. This proved to be the right move for her, as it helped bolster her subscriber count to the point where she has been able to make a successful living out of full-time streaming. Her parents are supportive of her career.

KayPea is estimated to have ~2,200 subscribers. This would net her around $5,500 USD per month, prior to other revenue from sources like merchandise sales, sponsorships, tiered subscriptions, tips, advertisements and Twitch cheer bit donations.