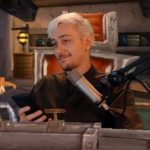 SivHD joined the Dutch Fight Club as a teenager.

He has an older brother.

SivHD grew up playing video games, particularly Super Smash Brothers, when he was still quite young. He later moved on to other games, before moving on to League of Legends with his friends, when its beta phase was released.

He went to a high school that specialized in performing arts such as acting, but wasn't crazy about it, so he then moved on to film school in Eindhoven. However, he didn’t enjoy that either, as he was sure what area to specialize in. During that time, his streaming channel became popular enough that he decided drop out of college to pursue streaming as a full-time career.

SivHD started playing LoL during its Beta phase and focused on that for a long time. He then switched to WoW for a while, before returning to LoL. He started looking into LoL guides on YouTube and realized that the majority of them consisted of unedited gameplay with the streamer commenting on his opinion of the particular champion that they were playing with. Therefore, using his background and film school backgrounds as a basis, he began producing content that he felt to be more in line with what viewers would be searching for when looking for champion guides.

His content started attracting viewers, until he eventually had enough subscribers to justify his dropping out of film school to pursue his streaming career. Aside from guides, he also produces vlogs and combo videos, where he combines vlogging with an event or raid or something similarly exciting that is happening in the video game. In August 2018, SivHD decided that he would no longer be streaming LoL content, as he was unhappy with the changes that had been made to the game. E has since been producing content for other games, particularly WoW.

His language isn't always so clean.

He is estimated to have around 450 subscribers, which would net him at least $1,125 USD per month, excluding additional income from sponsorships, tiered subscriptions, tips, Twitch cheer bit donations and advertisements.

He doesn't have set hours.