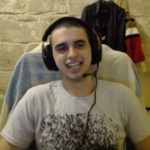 He lives with his parents and sister.

JokerdTV played World of Warcraft (WoW) in 2017 and then switched to Pokémon GO! when it was released. Since then, he has sporadically returned to WoW in order to challenge himself on achieving world firsts and beating records. These achievements are what slowly got him known on his servers.

JokerdTV started creating YouTube videos for fun as a teenager. He then started streaming his World of Warcraft (WoW) gameplays on Twitch for fun a couple of times a week in April 2019. He was quite well-known on the private server that he played on and had managed to attract ~1,337 followers by the time Classic WoW launched on August 26, 2019.

When Classic WoW came out, for the first time he decided to challenge himself to see how quickly he could max out his character. His rapid progression and dedication quickly drew followers so that by the time he achieved his world first of level maximization  with his Gnome Mage character at level 60 in 3 days, 7 hours on the Faerlina server on September 1, 2019, he had already gained 100,000 followers and received full Twitch partnership. This included one stint of 39 hours straight, followed by a 6 ½ hour sleep and then straight back into streaming until he achieved his goal. This was despite his having slowed down on streaming for a few weeks prior to his Classic WoW challenge.

However, it should be mentioned that he did a lot of research and consultation with other WoW speed-runners to decide on his quest routes and approaches to solo progression. In light of his continued high viewership, he has decided to attempt making a fulltime career of streaming. While he will continue to stream WoW Classic for a while longer, he does eventually hope to move on to variety content.

Since then, he has continued to achieve firsts on other servers. His language isn’t clean.

According to his live stream, he currently has ~5,300 subscribers with an average of over 3,500 viewers per stream. This should earn him at least $18,550 USD per month, excluding additional income from sponsorships, tiered subscriptions, tips, Twitch cheer bit donations, and advertisements.

He hasn’t established a set schedule yet.

He is 22 years old. he usually deletes a character after maxing it's level cap.