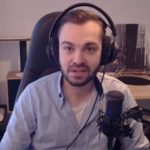 His father is Dutch. His cats are called Jones, Kiki and Davy.

He wanted to switch world of Warcraft servers when he was sixteen years old, but at the time, players could only do so during limited timeframes that Blizzard announced. On the last day of that period, he ran home from school during his lunch break and the game requested that he choose a name for his character on the new server. He was in a rush, so when he saw the image of a hydra on his StarCraft cover, he just typed that in, and he has been using it as his handle ever since.  He later added ‘mists’ to his name when the Mists of Pandaria expansion was released.

As a teenager, Hydramist played a wide variety of games, including League of Legends, World of Warcraft (WoW) and StarCraft. Little other personal information is available about him, as he is wants to protect himself from stalkers.

In 2009, he and his team won the Gamescon WoW Arena tournament, which drew the attention of the greater WoW community. By December 2009, his whole team were signed on with Team Dignitas, with him acting as their Discipline Priest. However, the team was short-lived, as it disbanded mid-2010.

In 2011, he decided to take a year-long break from studying Computer Science in university to focus on his pro-gaming and streaming careers instead and hasn’t returned since.

He swears a lot.

According to his Twitch frame counter, Hydramist has ~930 subscribers. As he averages fewer than 1,000 viewers per stream, this should earn him at least $2,325 USD per month, excluding additional income from tiered subscriptions, tips, advertisements, Twitch cheer bit donations, merchandise sales and sponsorships.

Although he doesn’t have a set schedule, he tends to stream daily for between 6 – 12 hours per session.

When he initially started playing WoW, he created a dwarf called ‘Nadine’ because he had a crush on a girl by that name IRL at the time.