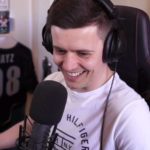 Hayz started streaming on Twitch in June 2015. He received Twitch partnership on July 22, 2016. He originally mained H1Z1, before switching to Arma 3: Battle Royale and then PlayerUnknown’s Underground. He was signed on with Team Liquid’s inaugural PUBG roster in August 2017, however he resigned from their roster December that year. He then transitioned to Escape from Tarkov in March 2018 and has been maining it ever since. In December 2018, he joined Team Vitality as their PUBG coach and analyst as well. He is currently a member of Team Evasion and often participates in their streamer battles.

According to TwitchStats, Hayz has around 410 subscribers. This should place his starting monthly income at around $1,025 USD at least. This doesn’t include the revenue he generates from tiered subscriptions, Twitch cheer bit donations, merchandise sales, advertisements, sponsorships, casting fees, coaching fees and tips.