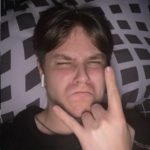 During high school, hardecki mainly played Counter-Strike: Global Offensive. He then switched to Apex Legends on the day of its release on February 4, 2019.

He started streaming Apex on Twitch on March 13, 2019. He slowly gained traction and was signed with Winstrike Team in January 2020. However, this move was short-lived, as he transferred to Gambit Esports in May that year. He has remained with them ever since.

Due to the war between Russia and Ukraine that started in February 2022, EA games announced that players and teams located in Russia were banned from competing in the Apex Legends Global Series. Unfortunately, this meant that Hardecki and his teammates could no longer be officially sponsored by Gambit, and so now operate under a different name and are based in Turkey.

According to his Twitch overlay, he has around 125 subscribers. Therefore, his base starting income should be at least $310 USD per month. This is before he collects the revenue from tiered subscribers, his team salary, Twitch cheer bit donations, sponsorships, tips, advertisements and tournament winnings. EsportsEarnings puts his lifetime winnings at over $30,000 USD.