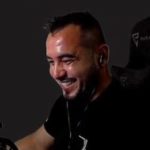 Prior to streaming professionally, he worked with children, some of whom have special needs. He was able to quit his job and go fulltime in June 2021.

Glorious_E first dipped his toe into streaming in August 2017, but only gave it a real attempt in December 2017, when he was trying to make it as a professional PUBG player. However, that didn’t work out, and he stopped streaming due to his other commitments a year later. It was only in May 2019 that he returned to streaming, but this time decided to focus on streaming as an entertainer and with Escape from Tarkov as his main game. This move worked out, as he slowly grew. On of the major factors that helped was that he made connections with other small streamers and often promoted them not only on Twitch, but also on his Twitter feed. He received Twitch partnership in February 2020.

Glorious_E usually attracts over 1,100 viewers. He hit 4,000 subscribers in July 2021 and if he is able to maintain this, he will be earning at least $14,000 USD per month. This excludes the additional income he makes from donations, sponsorships, merchandise sales, Twitch cheer bit contributions and advertising fees. According to his Twitch biography, he has received over $10,450 USD from his top ten donators alone.

Although he doesn’t have a set schedule, he tends to stream almost daily for an average of 6 hours per session.