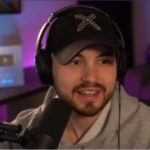 His parents are supportive of his channel. However, his dad did originally give him an ultimatum at 17 that if he couldn’t make a career out of content creation by 20, that he would go to college. He has two brothers and a sister.

Expel started playing video games when he was two years old, with his first being Street Fighter. He was introduced to them by his dad, and still plays Call of Duty with him and his brothers sometimes.

He was inspired to attempt creating his own Call of Duty content after watching various montages from FaZe an OpTic Griz. He thought that it looked cool and decided to begin recording his own gameplays and creating kill montages. He originally started uploading to his channel called ExpelDesign, starting with CoD: Black Ops 1 in 2008. When he started out his YouTube channel, his school mates gave him a lot of grief about it, but he kept on with it anyway.

After that channel got hacked, he created a new one. That then got view-botted by someone and was demonetized. He therefore started yet another channel. He then made a couple of other channels dedicated to other games as well. However, he later transitioned to his current channel because he wanted to focus on Call of Duty. His first video on this channel was of CoD: Advanced Warfare, which he recorded on the day of its release on November 4, 2014.

He started live-streaming on YouTube in February 2016. He then moved to Twitch in March 2020 because he felt that his YouTube community was too toxic. He grew quickly and received Twitch partnership in July 2020.

According to Expel’s Twitch overlay, he has over 5,200 subscribers. As he regularly attracts over 1,000 viewers to his streams, this should earn him at least $18,200 USD per month. This is before he receives his extra income from tiered subscriptions, sponsorships, team salary, Twitch cheer bit contributions, advertisements and donations

His favorite actor is Adam Sandler.