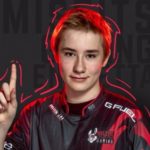 He combined his name with ‘Vendetta,’ as he is a fan of the movie and has a Guy Fawkes mask hanging up in his room.

When Endretta was eight years old, one of his favorite games was Cube World. When he was nine, he started having dreams of becoming a pro-gamer and used trolling comments as a motivation to improve in the various games that he played. He started playing Fortnite two days after it was released, and it soon became his main game.

He is currently being home-schooled.

In June 2016, he started uploading his Counter-Strike: Global Offensive gameplays to YouTube, but his channel only really started to grow when he switched to Fortnite content in November 2017 during season 1.

Although he started honing his competitive skills around the time of the RazZzeroOo Scrim Tournament in November 2018 and Atlantis scrims, it was only when the Fortnite World Cup was announced that he really started grinding and trying to prove himself. His hard work paid off and he joined Xypher eSports in May 2019, but only remained with them for a month.

He qualified for the Solo Fortnite World Cup during Week 9 of the qualifiers in June 2019 with first place and went on to place 24th overall. He was partnered with Twitch on July 8, 2019 and signed with Misfits Gaming on July 16, 2019. He then remained with them for a year.

Endretta is estimated to have ~400 subscribers, with an average viewership of ~400. This should earn him at least $1,000 USD per month, excluding additional income from tiered subscriptions, donations, advertisements Twitch cheer bit donations, sponsorships, tournament winnings and his team salary. He is estimated to have earned over $146,000 USD from various tournaments.